How much I like the word serendipity. I also like the words shenanigans, paraphernalia, naive and the way castle sounds. Why am I even talking about this? Come on now, get yourself together and properly start this post!

So without further ado let’s get started!

This week I finished The Woman Who Still Wants To Marry. I don’t even remember when I first started watching this one, I think it was after That Winter The Wind Blows finished airing and I wanted to watch something interesting that Kim Bum would be in. So that was what I came up with. At some point I put it on hold but then I picked it up again. It was a slow burn. It’s not a bad thing. I just didn’t feel like watching this story unfold. But now that I have finished it I can say that it was a good drama. Probably I’ll do a review when I’ll have a bit more time on my hands.

As for currently airing dramas, I’m keeping up with Heirs, and I so love the fact that I can watch at least this one on Viki-I have even downloaded their app! As it’s evident from my posts I’m really liking it. Also I was finally able to catch up with Reply 1994, which just gets better and better, if that’s even possible considering that it was really good since episode one. I would so love to marathon it, something that I realised after watching 4 episodes in a row. Ahh I’ve missed the days I had the time to marathon dramas..

Lastly I have secretly kind of started watching City Hunter. I’ve watched 3 episodes but I’m saving it for when I’ll be without Internet while gathering olives. I can also watch it on Viki on my phone. So convenient and now it’s probably a good time to mention that I’m not getting paid from Viki to say these things!

I don’t know if I have ever mention this but I love reading books as much as I like watching dramas. Lately I have been reading, and today actually finished it, A Tale for the Time Being by Ruth Ozeki. It was so so good. Very thought provoking. I was thinking I might do a review of it here on my blog but I haven’t decided anything yet. If you’re into books, which I highly encourage you to be, I definitely recommend this one.There are lots of quotations that I loved from the book but I wanted to mention only one that when I read it I felt shivers all over my back.

But no matter what nonsense I write in it, please know that those are not my last words.

There are other words and other worlds, dear Mother.

You have taught me that. 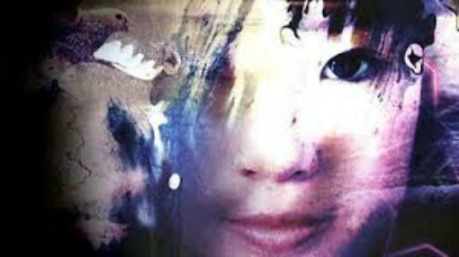 Fun fact, since I started getting into dramas my book interests have kind of changed. I have started reading a lot more asian related books, and I managed to find and read one from a korean writer called Please Look After Mom by Kyung-Sook Shin. You can’t imagine how happy I was that I found a korean book.

And now that we are talking about books I want to mention a poem that I read. It is The Flower by Kim Chun-soo. I found about this one from Scattered Joonni (xx). In Heirs Young Do said something and it was from this poem. I’m not really someone who can understand the hidden meanings behind poems but when I read one I can make some thoughts. Even if these are not the thoughts the writer made. And I think that’s the point when you read something. Someone can take different things and nothing’s wrong. You can read this poem on this blog- Korean Poetry in Translation. My favourite line is this one:

We all long to be something.
You, to me, and I, to you,
long to become a gaze that won’t be forgotten

Such beautiful words. Being lonely and wanting to find someone who understands you, someone who will be there for you. It is something that I’ve been thinking a lot lately. How you are someone who others can lean on you but how you also want someone who you can lean on.

The other day one of my best friends showed me this video. It’s a short film by some greek folks. It’s called Wake Up and they actually speak in greek but they have english subtitles. It makes you think about the way you choose to live or not live in your life. It’s all about doing things, all about having a full life. Because sometimes we forget and find it easier to just sit and do nothing.

Well I know I have my Song of the Week category but there I post mostly asian music. So I wanted to mention two songs that I’ve been listening non-stop lately. Fun story the first time I listened to these songs I was in two clothes stores and while I was looking at the clothes  I was trying to note down the lyrics to look them up on google. Why I always end up trying to find songs based on some lyrics that I might or might not have heard right still baffles me.

Think of you by MS MR

So this is it. My first new post is done. I’m not sure how any of these will interest anyone but still it was real fun for me trying to decide what things I should include in my post. Hopefully someone will get something out of it. Ohh and now we are on a personal more or less post I should mention that probably from tomorrow and for about a week I will be with no real Internet since the first part of the project “Me as a Farmer” will start. I’m counting on you my lovely phone. I believe in you. I should probably go see a doctor. I know. I do.

A 20-something who likes travelling, asian dramas, books, food and hunting down the best quotes to describe all the feels.
Stick around for all the above and more!

Hi, I'm Fotini.
A late-20-something who likes travelling, asian dramas, books, food and hunting down the best quotes to describe all the feels .
Stick around for all the above and more!